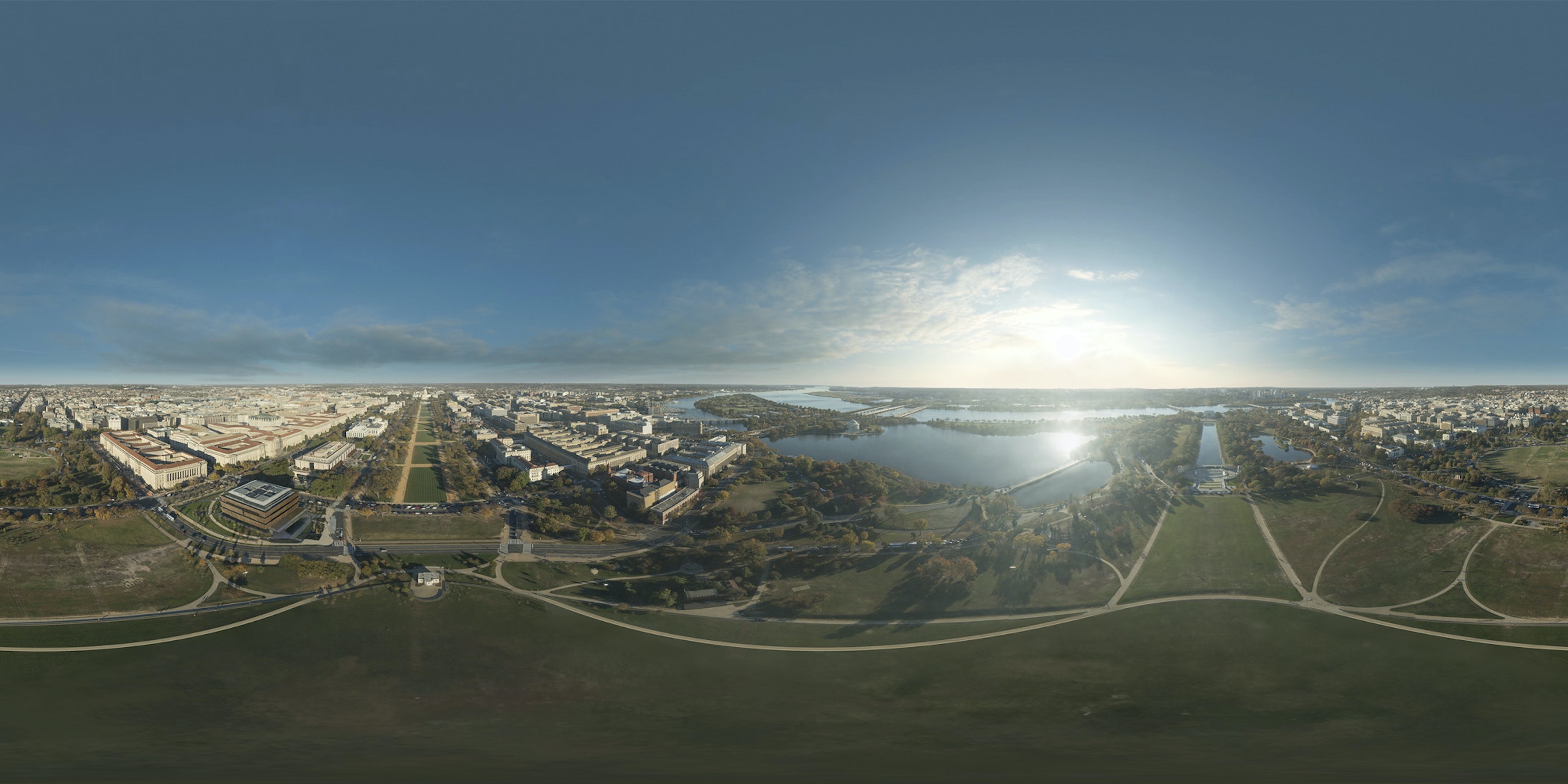 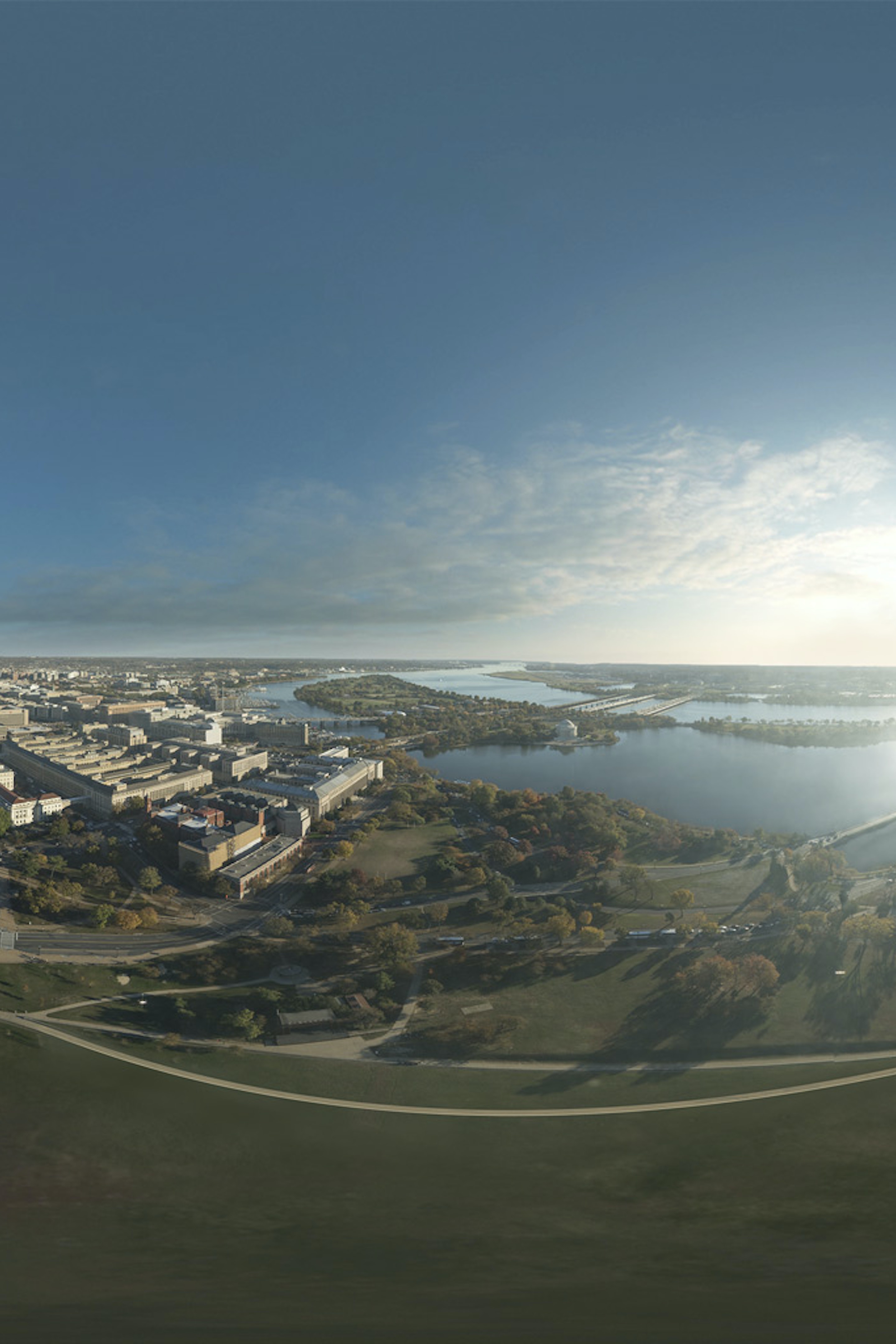 MyLiaison pride themselves on their willingness to embrace new technologies and techniques.  There is no better example of this than through the MyL team’s eye-catching VR work.

So when the revolutionary tourist and educational app, Timelooper, asked MyL to work on several projects last year the team was extremely eager to get going.  The Timelooper app allows the user to seemingly witness real moments in time, using just a smartphone and a cardboard headset.  So instead of the dry and distant experience we usually encounter at tourist sites, Timelooper offers the user, virtual participation in the events covered and a greater understanding of their meaning.  Perhaps, London, during the great fire, or an American soldier missing home during the Vietnam war.

After successful projects in London and New York, Timelooper moved on to an even more ambitious project; creating VR experiences for the National Mall in Washington.

Aiming to enhance the experience and maximise the educational value for visitors to the monuments on the Mall, the Timelooper materials allows them to observe the history at six memorials, including the Lincoln Memorial, Jefferson Memorial, Martin Luther King Jr. Memorial, FDR Memorial, World War II Memorial and the Vietnam War Memorial, and virtually step back in time.  The app knows which history to play for you by GPS information that is triggered by your smartphone as you walk through the Mall.

For the Mall’s director, Ismet Kurtulus, the number of films and the varied approaches for each one, presented a daunting task.

“I remember the biggest challenge that I faced was dealing with all six films together.  Every piece had to be post-produced at the same time to be delivered as a pack. Also, all experiences needed different storytelling tools and approaches; it was massive.”

However, MyL’s commitment to open frame working with all their clients played a big part in overcoming some of the potential problems that could occur with a complicated job like this one. Says Kurtulus, “Due to the nature of the project, in the very beginning of our journey, supervisor Tony (Landais) introduced me to the MyL team and encouraged me to talk/work directly with them. So I began to work side by side with different artists for each film.”

To begin with, the nighttime material that Timelooper had captured of the WWII memorial was in VR mono and then converted to stereo (this was true of all the pieces).  This meant that the team had to first re-project onto 3D, all the features, including the waterfall aspects and the flags before they got started on the other elements.  In the centre of the water feature, MyL animated a CG globe which tells the story of the critical moments in World War II which led the Americans to join the Allies.

The viewer is then guided through moving graphics to several large screens, which MyL integrated into the scene.  These explain dramatic changes in culture and hierarchy caused by the war, such as women going to work in the munitions factories.  The story goes on to feature interviews with survivors.  MyL’s brief was also to augment the testimonies, so for instance as one pilot talks about his experience, CG parachutes are seen to be drifting down in the background. All the CG elements were created by MyL and brought together with the live action in compositing.

One of the most haunting stories is the Vietnam Memorial piece. To start with the team captured the present day footage of the memorial.  With this material, the team can align and ascertain where the VR material should be triggered from in the app.

The narrative in this piece is from an American soldier writing a letter to his mother back home, describing his experiences and the struggles he and his comrades are facing.  The team created a CG helicopter which appears overhead and slowly guides the audience around to the matte painting of a vast Vietnamese field backed by foreboding mountains.  The long grass was crafted in CG, and all the elements were composited together, including the live-action soldiers.  A CG letter floats through the air, leading the viewer around towards the soldier’s mother as she reads it.  The moody lighting and the CG rain add to the great feeling of sadness this monument provokes.

Another poignant memorial the MyL team worked on was the Martin Luther King Memorial.  The original memorial site was again shot in mono, but an additional complication was that it was shot during daylight for a night shot.  So, the team first had to make the scene day for night and convert to stereo.

As the narrator set the background for the Civil Rights Movement, a CG rendition of the iconic bus that Rosa Parks was riding that day in December 1955, when she refused to give up her seat to a white man, slowly drives on to the scene.  The bus draws to a stop, and its lights are used to project the footage of Parks’ story on to CG screens.  As the bus moves out of the area, it leads the viewer towards the next stage of the story, the march from Selma to Alabama in 1965 demanding African Americans be allowed to exercise their right to vote.  The scene now changes to live action characters, marching through the memorial. As well as the bus, the team had a great deal of work to do in lighting the elements and the cast members and compositing the material together seamlessly.

Another exciting feature that Timelooper can boast, is called Panoguide. It is an interactive panoramic environment that can switch landscapes, this is triggered by looking at different areas of the image. This was utilised for the Mall app and features include the opportunity to view a panorama at various eras. MyL worked on a version of this for a view of the Mall from a point of view situated at the top of the Obelisk. The team achieved this through a series of matte paintings, starting from 1800 before the Mall was built and then at 4 other points in time 1865, 1918, 1987 and finally, the present time.

For the MyL team, the Timelooper project was a complex and ambitious one, that required careful project management to be successful.  Key to the smooth running of the project was the close collaboration and communication with the clients.  Director, Ismet Kurtulus, had this to say; “We also used some apps to share our thoughts, visual references, voice messages, etc., you name it. Tony, I and the team were always in the loop all the time and this made me feel super comfortable and made the process more efficient.”