The Terrible Tale of Henrietta Tate 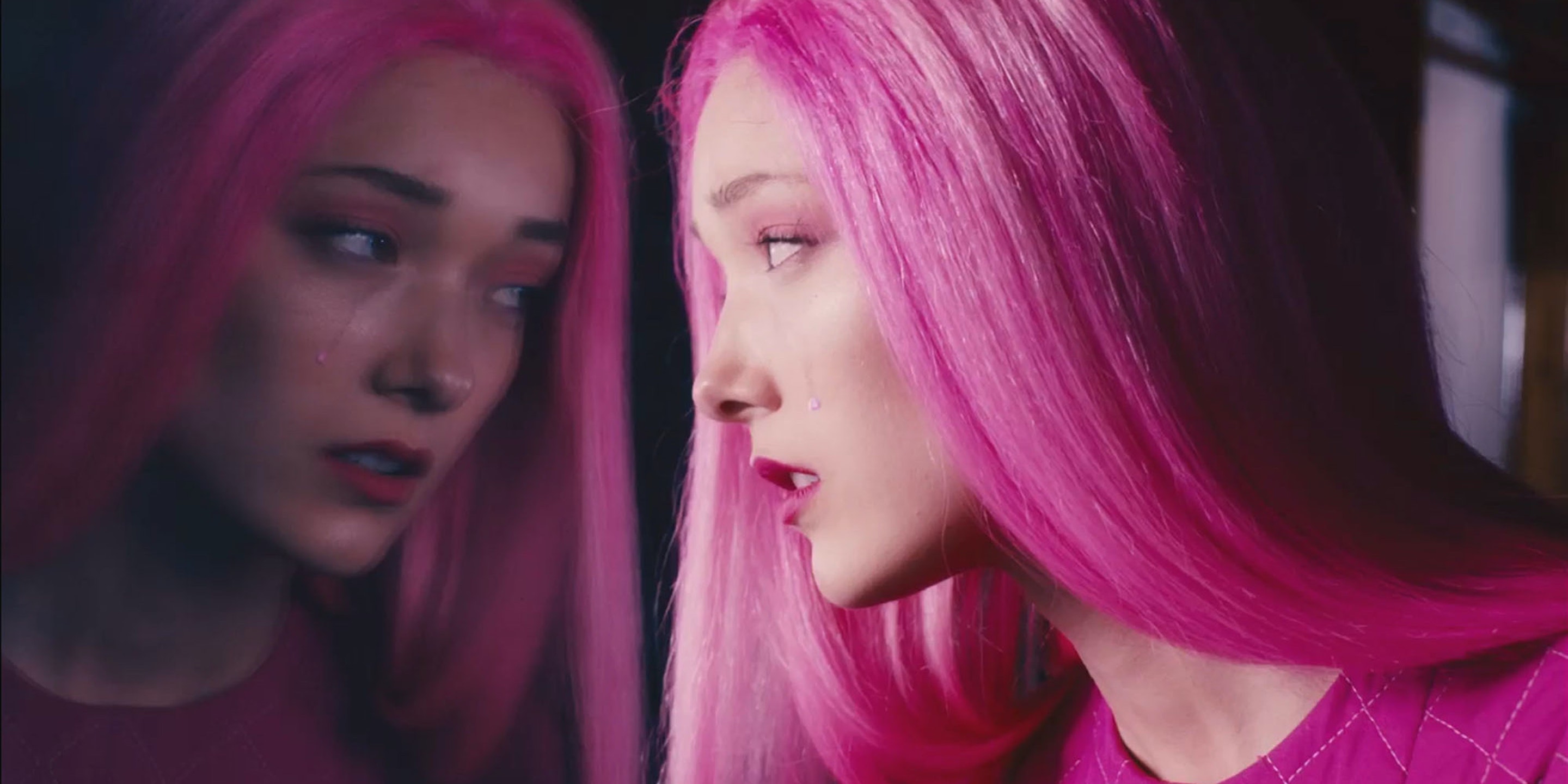 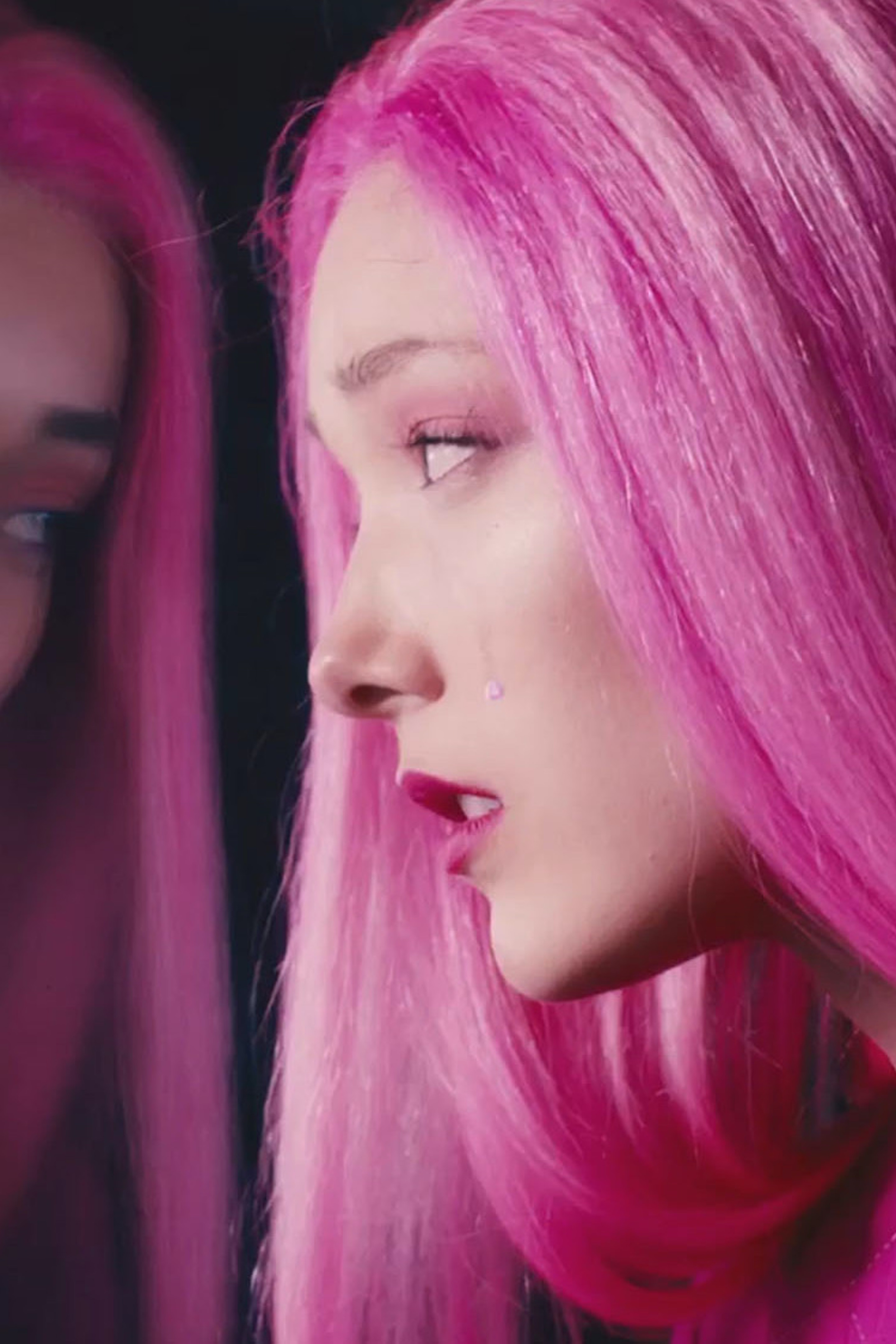 Who is Bubble Girl?

Who is Bubble Girl?  Bubble girl is the sad, silent mascot of Gummer Gooseberry soda pop.  Bubble Girl is a vision of bubblegum pink loveliness, she smiles for the camera, but cries pink soda-pop diamond tears when no-one is looking.   As she travels by train to advertise Gummer Gooseberry, under the watchful eye Mr Control and his son, something is very strange, and it’s not just her eye-makeup.

Tom Beckwith’s surreal short film The Terrible Tale of Henrietta Tate, is a lyrical, dystopian fairy-tale.  Like all good fairy-tales, the film is littered with mythological devices; a changeling (Bubble Girl was once Henrietta Tate), menacing captors (Mr Control and his son), a transformation and of course a handsome prince (the prisoner 18168, is the real inventor of Gummer Gooseberry).   And throughout it all, the film offers a unique style of magic-realism that is a visual treat for its audience.

Not surprisingly, since the film’s director, Tom Beckwith, has an extensive background in the VFX industry, the visual effects played a large part in the story-telling process.  MyLiaison were of course, particularly thrilled to provide the VFX for this uniquely visual film. Shot like a silent film, though the characters do occasionally speak, the narrative is driven by the acting, the style, music and the effects.  MyL’s work was on set extensions and augmentations, as well as visual effects, including the transformation.

Says Landais, MyLiaison’s owner and VFX Supervisor, “Henrietta Tate was such a refreshing project for MyLiaison to work on.  Very often we are called on to create super realistic effects, so it was delightful to work on such a charming film and create more fantastical effects.”

Bubble Girl’s world seems like Steampunk meets Charlie and the Chocolate Factory and indeed the team did refer to the Tim Burton film for inspiration.  MyL’s work started with a full CG shot establishing the setting for the story. The shot starts above cloud level descends through clouds to a grey sky to meet a strange violet smoke emanating from a Victorian factory, the home of Gummer Gooseberry.

The site of the factory was shot at Harvey’s Brewery, in East Sussex. To anchor it in the film’s surreal world, MyL began by removing all the real branding from the shots and augmented the 200-year-old building with CG extensions, additional wings on the building, Gummer Gooseberry branding, sky replacement and several chimney stacks from which lurid pink smoke gushes into the sky.  The team also created some CG interior shots of the brewing rooms and the beer making paraphernalia, were we see Henrietta Tate, before her transformation, dangling precariously over the factory floor and again later, when her alter-ego, Bubble Girl, emerges transformed from a vat of pink soda.

Most of the action, however, takes place on a Victorian steam train, used by the Gummer entourage to travel the country exhibiting the miserable Bubble Girl.  These scenes were shot at the Bluebell Railway in East Sussex, a working Victorian railway running preserved steam trains. The team augmented the stunningly beautiful exterior shots of the railway with sky replacements and removed all the modern visuals that were present.  The original footage had been shot of a bright sunny day, but the tone of the film required that it be a grey overcast sky, again tinged with the violet hue coming from the factory. The effect is ethereal, and a good example of the way colour and tone have been used to bring to life the concept of this surreal world.

While on the journey, Bubble Girl is accused of robbery and held in a baggage carriage where another prisoner is also being held.  This prince charming in waiting, is her true love and matters begin to come to a head. When he offers her a magical sparkler-flower, the spell is shattered, and she transforms back to Henrietta Tate.  MyL worked on all these effects and others in addition, such as her pink soda-pop tears that turn into diamonds.

All in all, the MyL team worked on approximately 80 shots for the film, ranging from clean up to set extensions, CG environments and physical effects such as Bubble Girl’s tears and the reverse transformation scene.