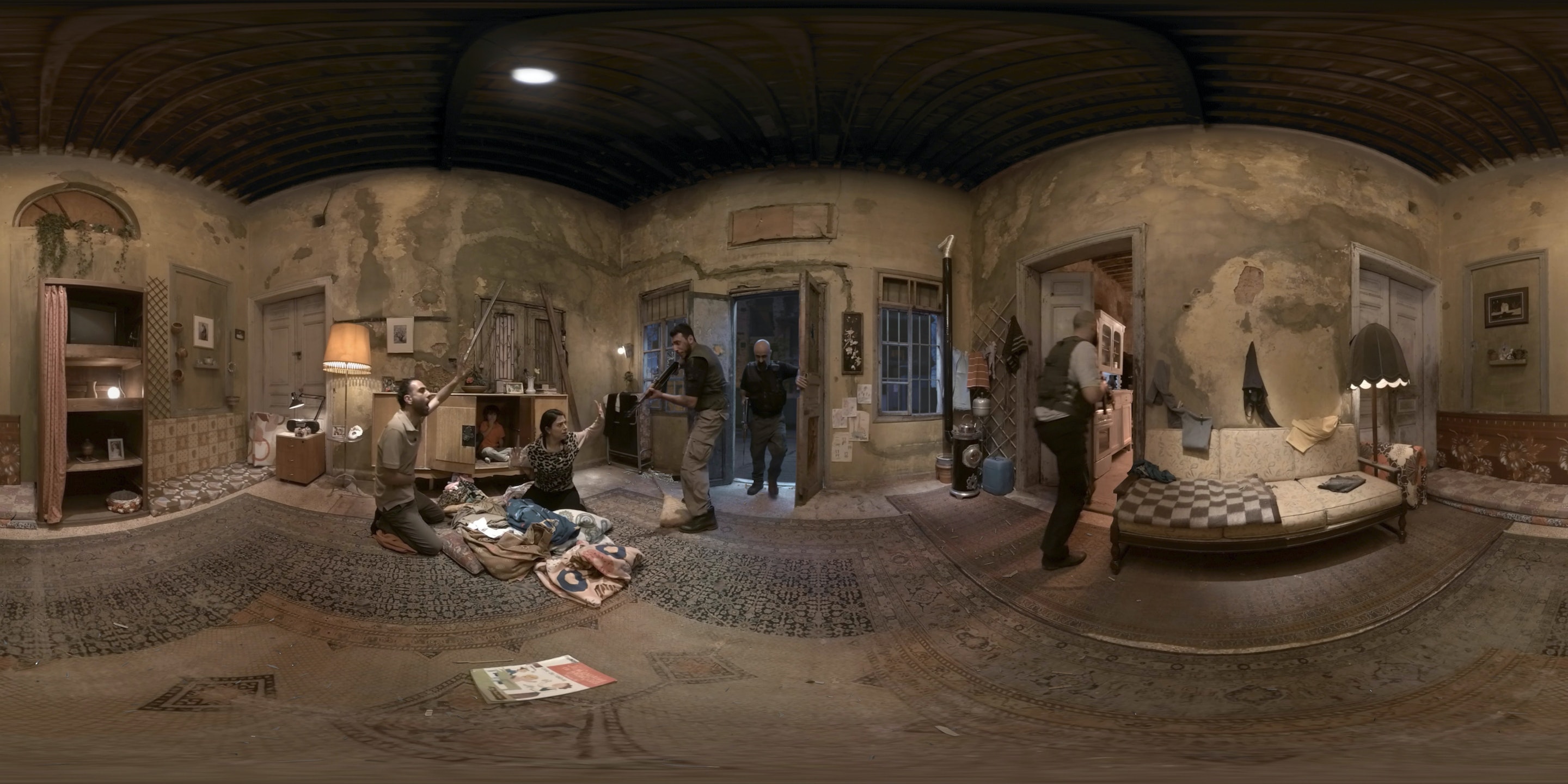 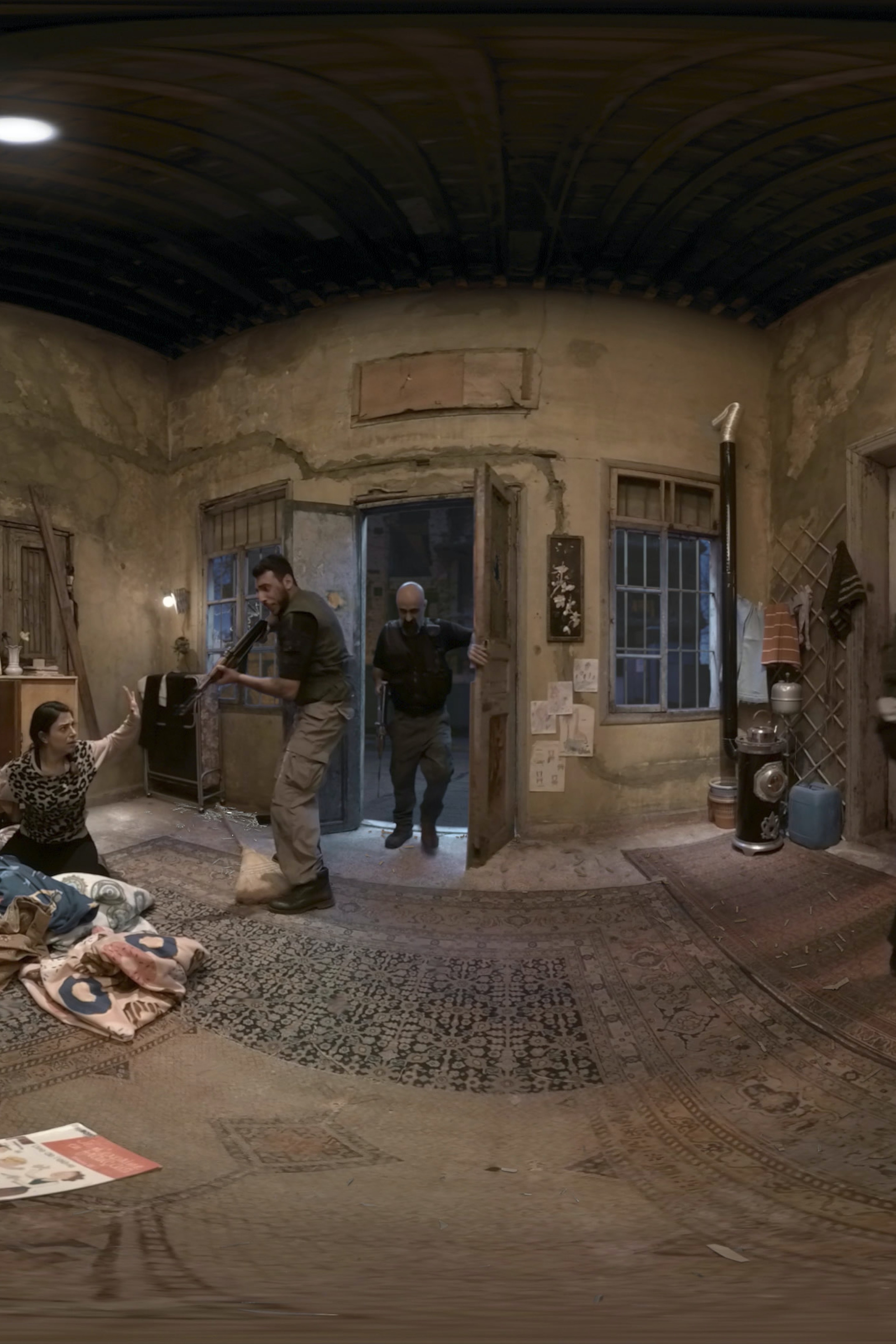 Every day we make thousands of choices, from what we wear to where we eat. We take these choices for granted, the repercussions of a ‘wrong’ choice in our own lives being minuscule. The Red Cross’ new interactive short movie, ‘The Right Choice’, demonstrates the devastating consequences that can occur as a result of a supposed choice, or rather, lack thereof. The VR was made in collaboration with Google, Don’t Panic London and was produced by MyLiaison’s client, Visualise.

Designed to be used with Google Daydream or Cardboard, ‘The Right Choice’ places the audience into the middle of a typical Syrian family scenario. We see the mother doting on her children, the father cleaning the house and in the background, we hear chaos and destruction. As a bullet flies through the window the viewer is given the choice to either ‘run’ or ‘hide’. Either option results in dire straits and illustrates with a haunting impact the lack of options people have whilst living in areas plagued by urban conflict. The weight of the drama is aided by MyLiaison adding of shattering CG glass, smoke and the perforating of the whole house with bullets. Despite the VR being interactive, you find yourself watching on in desperation as another shell flies by, feeling helpless. However, the International Committee of the Red Cross (ICRC) offers a way to help via a simple donation. The ICRC has been providing aid to Syrian inhabitants and refugees since the conflict began seven years ago. According to the ICRC’s website ‘The Right Choice’ is the “first use of interactive VR by the humanitarian sector that gives the viewer an active role in shaping the story of civilians trapped in a war zone”. Cleverly, by allowing the audience a choice in the VR, the lack of options is emphasised. Rather than having a world being opened up, the audience is instead confined to a single room and the plight of the doomed family within.

Urban conflict is not how we typically think of war, yet it is responsible for around 70% of civilian deaths in Iraq and Syria. ‘The Right Choice’ provides a simulation to allow the audience to understand what exactly living in these circumstances means: “Virtual reality transports viewers from the comfort of their homes to the horrors of the battlefield in a visceral and powerful way. This film asks: What would you do if you came under attack?” explains Christopher Nicholas, ICRC’s project lead for the film. The ICRC hope that by using VR in this way and giving a personalised experience of conflict, they will provide an experience that resounds with audiences and causes them to question their opinions and behaviour.

The VR is the “first ever multiple narrative drama in VR”, states Richard Guy (the Producer of ‘The Right Choice’). In order to accomplish this, the crew recorded a series of scenes from the exact same position, using a live streaming 360 camera rig above the main Yi Halo rig. MyLiaison then supervised the onset match, by comparing a live feed and the captures of the previous take to detect differences. This allowed them to identify the best possible moment to seamlessly merge the branches of the story without losing the authenticity of the actors’ reactions to the situations unfolding around them. Although challenging, MyLiaison perfected the match cuts over a two-day shoot to allow for faultless blending. To accomplish this, the actor’s positions in the initial and the final scene had to match to the pixel. Much like the purpose of the VR, MyLiaison’s aim on this project was to grant Avril Furness, the Director, the freedom to choose from a take based purely on what worked best for the integrity of the VR; it was vitality important that she should not be limited and having to compromise between either better acting or better take alignment.

The lack of a right choice predates the conflict in Syria, where even then a group of more than five were banned from meeting and the right of free expression was strictly controlled. Ironically, this lack of freedom leaves Syrian civilians with a different ilk of choices which we cannot begin to comprehend: which faction should they join, should they place their faith in their government, should they send their children to sea as refugees (following in the footsteps of approximately 5 million Syrians). As of December 2013, UN agencies have requested $6.5billion worth of funds, the largest sum ever requested for a single humanitarian emergency. Hopefully, ‘The Right Choice’ is the beginning of humanitarian charities utilising VR to generate empathy and money in order to assist. If this is successful then ‘The Right Choice’ could be a step towards eliminating urban conflict in Syria and giving civilians more positive choices and a path to peaceful living.

Visualise: visualise.com
Press release can be found at this link: the-right-choice-daydream-impact