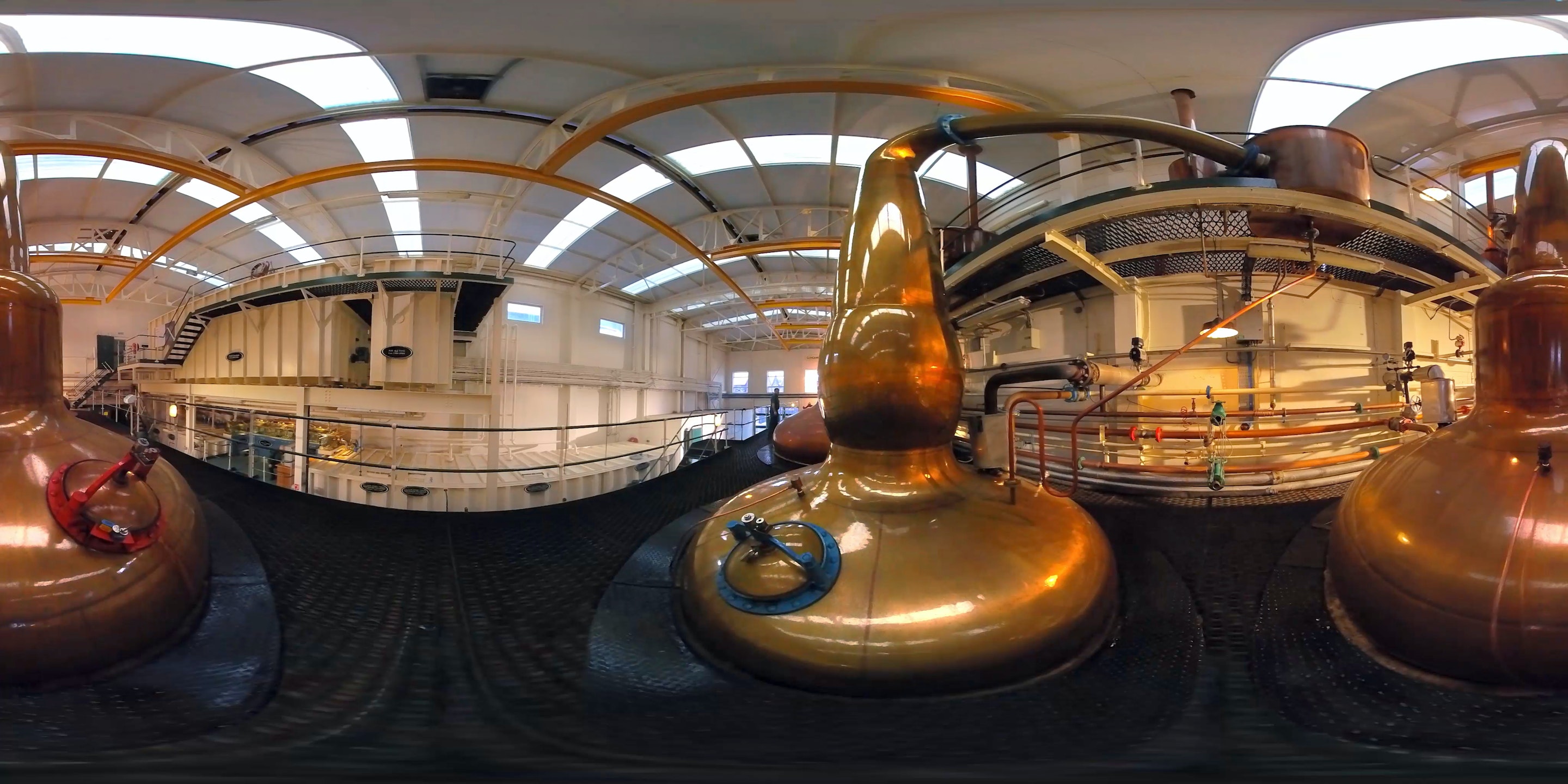 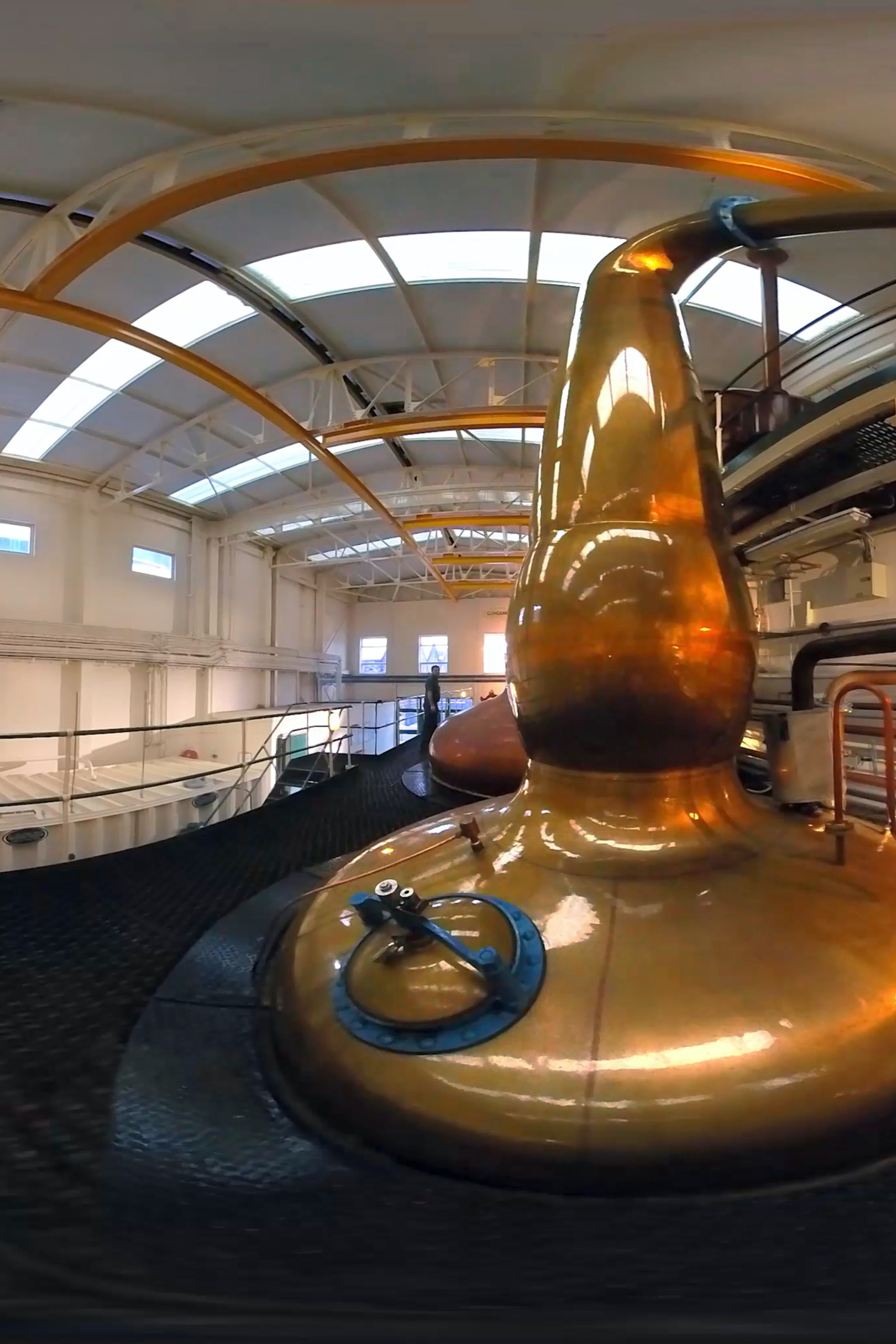 Imagine yourself stood in picturesque Speyside, to one side of you runs the River Spey and to the other beautiful barley fields moves in the breeze. Amongst this stunning nature, you have discovered all you need to make a delectable single malt whisky. Something which John and James Grant discovered in 1840 when they moved from being illegal smugglers and distillers to establishing the Glen Grant Distillery in Rothes. Glen Grant is still one of the biggest selling single malts worldwide, largely due to its commitment to nature as a way of elevating the depth and authenticity of its whisky. MyLiaison’s work with ParableWorks leads the viewer in a tour of Glen Grant Distillery. As you are led to a secret safe, where Glen Grant’s treasures are kept to share with friends, you can scroll around the screen to reveal more and more of the idyllic landscape with every drag. This distillery could only be based in Speyside with all the natural riches it has to offer.

Parable had the incredible idea to showcase the heritage and beauty of the distillery with a 360 tour. Therefore, the audience finds themselves hovering over the magnificent gardens as a period line appears; guiding the audience along with their tour while doubling as a timeline to present the intriguing history behind the brand. It is via this timeline that Young James Grant, also known as ‘The Major’, is introduced. The Major is hailed as an innovator who reimagined the distillery process, which defines this multi-award winning single malt to this day. As we follow the graphic through the gardens, alongside the mineral-rich stream and into the distillery itself, we are aware that Glen Grant whisky is entirely a product of its surroundings. However, as we head from the mash tun to the hand-beaten copper pot stills (all uniquely shaped to the Major’s designs), we realise that the Major’s genius is using new techniques and technology to advance the Whisky’s key elements. Here the motion designs illustrate how the liquid is heated, and only the finest vapours can ascend the still which head to the purifier. In this way the historical timeline has become the process of distillation, illustrating the paramount importance of history and tradition to the brand. The hand-selected oak casks are a perfect symbol of how Glen Grant is a marriage of tradition and nature. It is within these that the whisky matures and emerges as a testament to the Major and the distillery; which is known as one of the world’s top five selling distilleries.

The Major was well known for how forward-thinking he was. He owned the first car in the Highlands and introduced Electricity with the distillery. It only seems fitting them that MyLiaison pays tribute to his experimental outlook by using stereoscopic overlays on the monoscopic film. The consequence of this is a sense of depth that resonates throughout the whole VR, making it seem like it has all been shot in stereo. Consequently, the use of effects to heighten a project is apparent and mirrors the use of technology that The Major championed to lift up the flavour and depth of his whisky.

The added depth of this VR is largely due to the wonderful work of Jonathan Rudd, the Creative director at Parable, whose varied career has spanned over 25 years. Jonathan drew upon his experience as a documentary maker to bring the family feel of the brand to the front of the VR. His interest in people means that instead of being a simple video on the making of Glen Grant, the viewer gets a clear sense of the employees and the team behind the great taste. This is accomplished through simple shots, like the worker examining the barrels the whisky will be stored in. These small details create a much larger picture, one of a great brand created by the people; not by a marketing campaign.

To capture this unique brand, Parable shot the distillery on two different seasons, one in winter and one in summer to emphasise the importance of the distillery’s wonderful landscapes. As the viewer watches Dennis Malcolm, Scotland’s longest running distiller, pour pure stream water into his dram the whole process becomes apparent. From this stream came the original liquid that was used to create the delicious single malt Dennis has spent his life protecting and maintaining. Glen Grant is an accolade to the Speyside region and its natural resources which have been utilised in its production for almost 200 years; with a tiny bit of help from the pioneering Major’s mind.