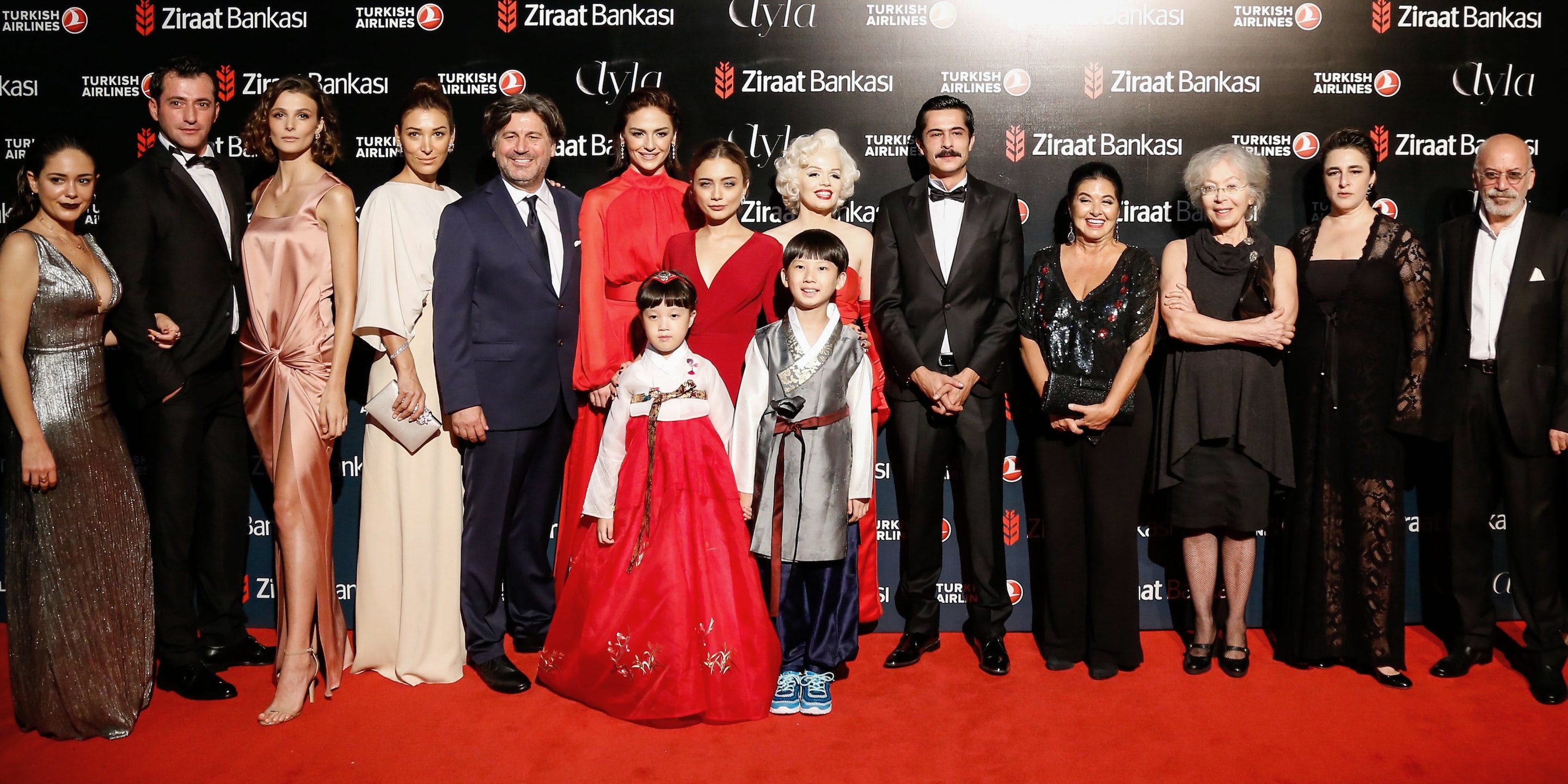 Crew members from MyL were honoured to be included in the Gala Premiere of Ayla, the directorial debut of Can Ulkay.

The film, whose full title is Ayla: Daughter of War, tells the heart-breaking but inspiring true story of Turkish solder, Süleyman Dilbirliği and a young Korean girl, Kim Uanja, whose lives intersect during the Korean war in the 1950’s. The young soldier commits to saving the life of the half-frozen child he finds (Uanja) and keeps her safe at the Turkish soldier’s barracks until the end of their tour. But unable to keep the child with him upon his return, he is forced to leave her in an orphanage. It would be another 60 years before the two are reunited.

Turkey has maintained strong links with South Korea since the Korean war, and the Turkish Brigade built a school for Korean orphans. That strong relationship was apparent at the gala which was graced with the attendance of not only Süleyman Dilbirliği and Kim Uanja, but also the South Korean ambassador, Yunsoo Cho. The film’s gala was also well supported by the Turkish film and entertainment industry; united in celebrating a story of love, compassion and humanity. Can Ulay has said about Ayla;

“The film, based on a true story, reflects how love, compassion and care can flourish in the most difficult conditions and how bonds of compassion and love can overcome barriers of language, geography, ethnicity and time.”

MyL were delighted to be approached to provide the lion’s share of the film’s VFX, for director Can Ulkay. Attending the film’s gala was an added pleasure for the lead members of the company’s 3D and 2D teams.