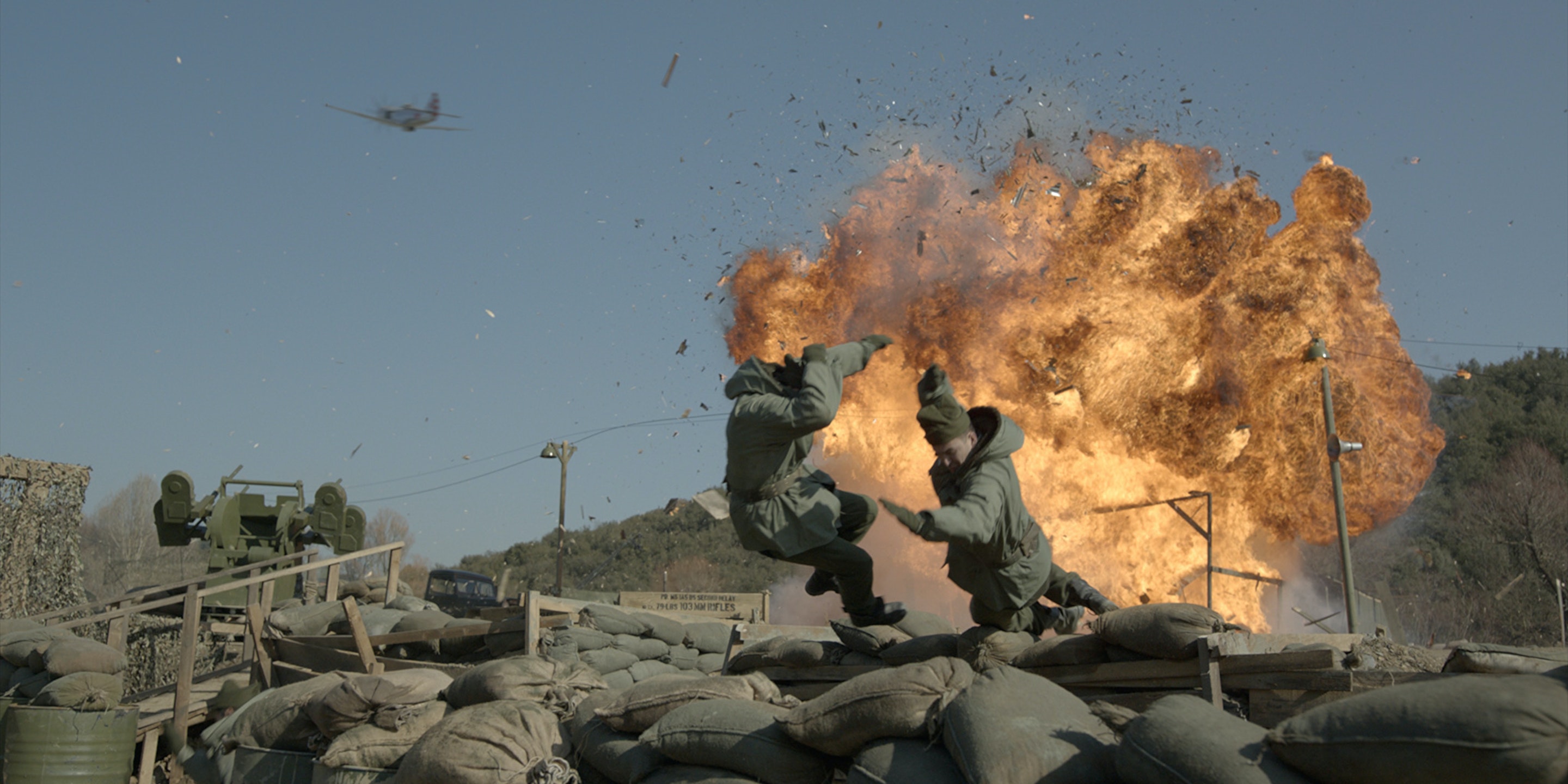 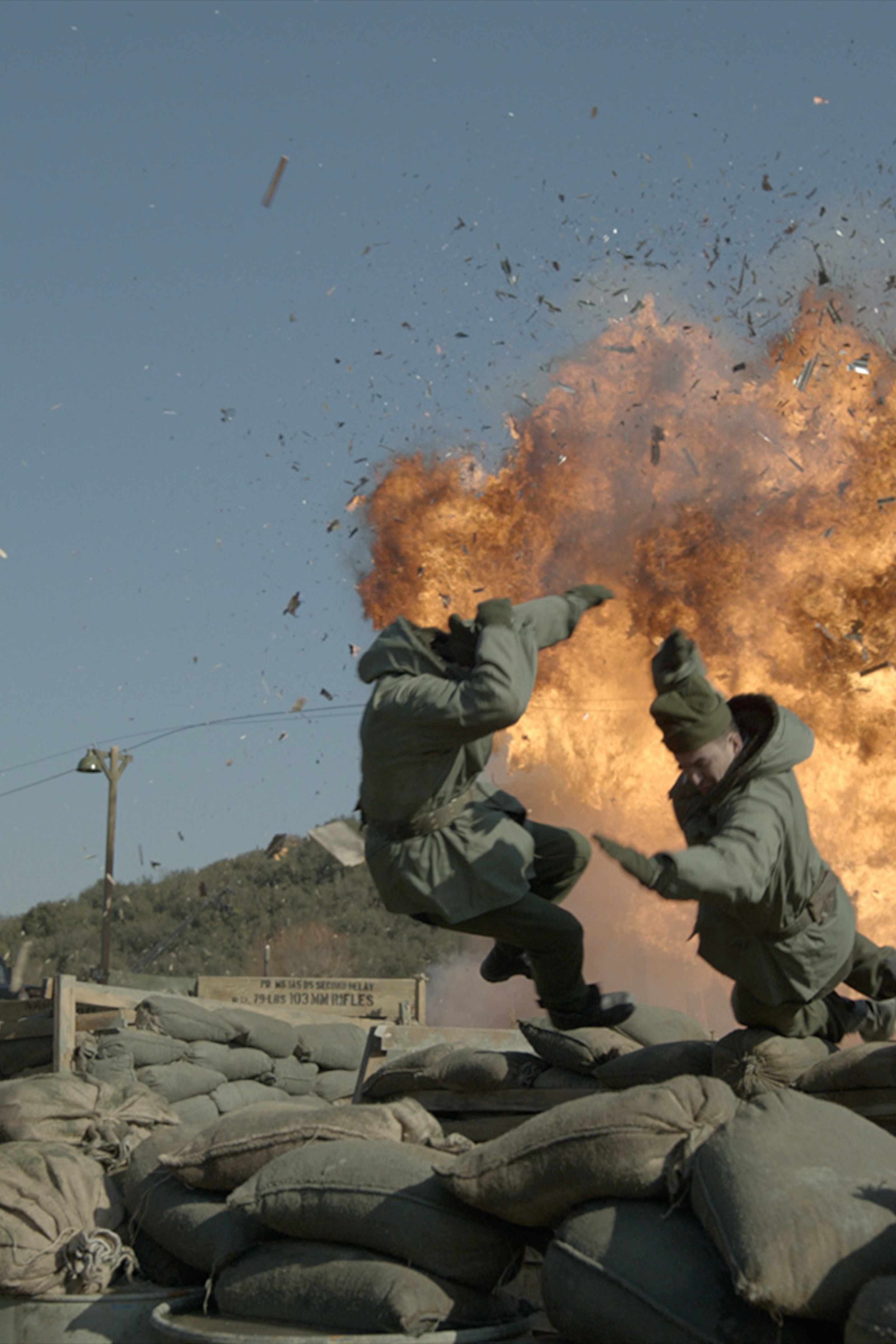 When Director, Can Ulkay’s film Ayla was selected to be Turkey’s official candidate for the Academy Award for Best Foreign Language Film earlier this year, few people knew much about the true story the film is based on.  Set during the Korean war in the 1950’s, the story follows a Turkish soldier, Süleyman Dilbirliği, who is sent to Korea as part of the United Nations forces. One night, he finds a tiny, terrified, half-frozen Korean girl close to death. Faced with the helpless child, Süleyman risks his own life to save hers. Though his later attempts to keep her with him are thwarted and she is sent to an orphanage upon his return to Turkey, their remarkable bond remains intact and the pair is finally reunited 60 years later.

The film is a poignant piece of story-telling that is greatly enhanced by the sophisticated use of “invisible” visual effects to bring the era and the action to life. Central to this were the visual effects created by the team here at MyLiaison.

Led by our VFX Supervisor, Tony Landais, the MyL team started work in April 2017 to provide material for the trailer, but the full body began properly in July. The team worked on approximately 100 shots, delivering just weeks before the Gala Premiere in October 2017.  The project covered 3D set extensions, matte paintings, CG vehicles and various effects including smoke, dust & fire.

The Turkish troops based in Korea during the war had made use of U.N. vehicles, so MyL were tasked with reconstructing the vehicles in CG; starting with the ship "USS General HAAN" that had been converted and used to transport the troops to Korea. Obviously, nearly 70 years later, a completely different ship was shot in camera and MyL’s first job was to clean the footage and replace it with 3D ship, but the team worked diligently to faithfully reproduce the original model.  “I think the most interesting aspect of this film for us was to stay as authentic as possible.”, says Tony Landais.  “This is a true story and the director didn't want any interpretation or approximation, everything should be verified by pictures and documents.” Luckily for the team, Süleyman himself had documented his time in Korea extensively with photos and other materials.  These provided much of the valuable reference MyLiaison used to recreate the environments and assets.

This transportation ship is seen in two sequences, when the troops arrive in Korea and later when they return to Turkey. In both pivotal scenes, the original environment is radically changed with the use of matte paintings and set extensions. Although the ship was a large undertaking, there were many sequences where MyL provided CG vehicles, including a set of shots where the team created a period train, helicopters, fighter and bomber aircrafts, trucks to name a few.

Not surprisingly since Ayla is a film set against the backdrop of war, some of MyL’s work included scenes of devastation. In one scene where the Turkish soldiers are under attack, the team dramatised the bombing sequence and integrated MiG-15 planes. Additional impact damage was added into the shots, including building destruction, CG smoke plumes, flying bullets, debris and augmented explosion material.  The work was complicated by the fact that the team also had to paint out multiple anachronic elements and film-crew members that were in situ in the plate on the day of shooting.  The overall effect is an authentic, highly charged and visually dramatic scene of the chaos of war.

Other scenes from Ayla, are less physically brutal, but speak more of emotional trauma. In scenes like this, it is even more vital that the visual effects remain invisible to the audience, so as not to pull them from the moment. In one such scene, in which Süleyman leaves Ayla in school, the MyL team created the schoolhouse itself, for both close-up and distance shots, while the action was shot against green screen.  The effect is seamless, leaving the viewer to be transported by the powerful emotions of the drama.

Turkey has yet to receive an Oscar nomination for Best Film in a Foreign Language; Ayla certainly seems deserving of breaking that tradition.  However far Ayla goes on its journey to the Academy Awards, MyLiaison is proud to have contributed to a film of such rare beauty and to have assisted the director to achieve his vision of an authentic snapshot of a moment in Turkish history.

Ayla: The Daughter of War will be released in Turkey 27th October 2017.